Great Britain entered into the European War 100 years ago today. If the Mother Country was at war, then it was unspoken that Australia would join the conflict that has been declared “the war to end all wars”, The Great War, and of course World War I.

Over the next year it is hoped that we can show you many of the different ways Marrickville supported the war effort.

Many soldiers made their way to train at the “Warren” artillery camps.  One soldier,  C.S.M. Clarke, made this entry in his diary on the day before he departed the Warren.

Wednesday 17th Nov. 1915
Passed a very wretched day, Caused through the thoughts of losing my Dear Relations & friends.  After, a very trying time, in which I had to say good bye to all who are most Dear to me, I ran into trouble at the “Camp” where the fellows, most of them intoxicated were fighting among themselves. However, barring a few sore heads they were none the worse for it. I have to make this a very Black Day, as I have felt what sorrow is, & I will carry the look of Dear Nina’s face with me all through the War.
3 am. Reveille for the March to the Boat. “H.M.S Persic” Poor old Mum bore up well but felt the strain, also Oss , & Edna. We are all naturally looking forward to see the ship which is to carry us Away, On! On! to what? Glory or death

To-day I had the great pleasure of meeting a few of the old Warren Boys who arrived early this morning having left Sydney on the 4th Dec 15. They told me a lot of news, also that there had been rioting at The Warren, & several arrests made. I saw Reggie White & had quite a long chat with him. I also heard that uncalled rumours lies had been spread about the City to the effect that The Persic was quarantined with Small Pox etc, & that she had been Sunk.

Some absolutely fabulous photos can be found as part of Gosford Library’s digital images collection. You can find the collection here but here are a few of my favourite from the collection. 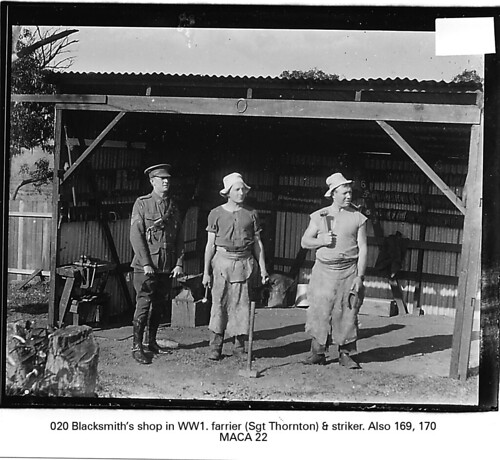 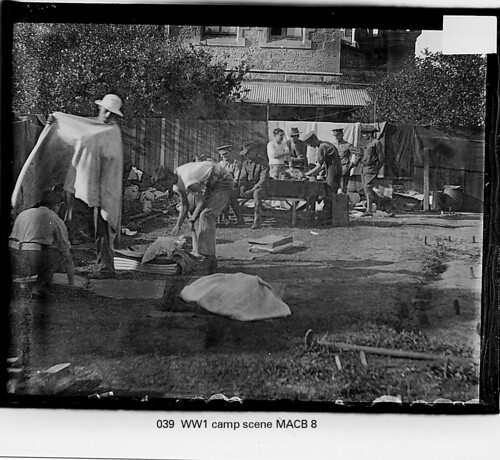 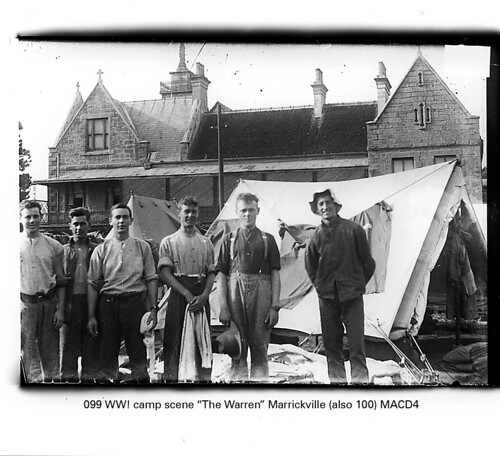 Some 400 photos of WWI soldiers are held by the Powerhouse Museum.  Unfortunately not a lot is known about the photographs including where they were taken, and which studio the portraits came from.  Here are some examples of the portrait shots. If you have anything to contribute about the studio or photographs, I’m certain the Powerhouse would love to hear from you.

In his discussion of the photograph collection, Geoff Barker draws comparison to the photographs and of those taken at the Warren. With some knowledge about uniforms and army equipment, he has connected the men with battalions that would have been at the Warren.  I am very curious to what his follow up research is. I think surely if this is Marrickville then some of these homes in the background must still be in the area.